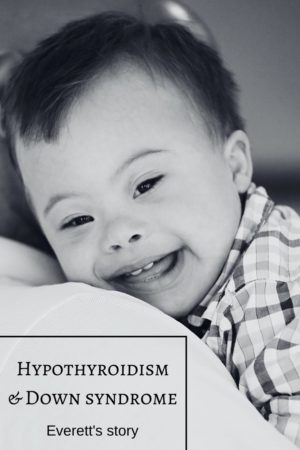 It all began early last summer, right as Everett turned 3-years-old.  Everett was making huge strides in his preschool class at end of term.  He was trying to run & jump, was saying a few words, and

was very engaged in classroom therapies and activities! And then we broke for summer.  It was a magical summer for us. In between writing stints, I would take the boys to our local library, the beach, local playgrounds, the zoo, and various splash pads and swimming pools. In the beginning, Everett was a true “boy of summer,” diving into pools, running about the splash pads, making friends at the playground, and LOVING and exploring the beach in Destin (our fabulous family vacay last summer).  And occasionally, we would frequent local mall playgrounds.  They were indoors, air-conditioned, there was a Chick Fil A nearby at the food court…win, win, win.  The only loss would occur when Everett would see me sign “lunch time.” He knew with that sign, it was time to leave his beloved playground, and he would instantly throw himself down on the playground floor and start crying and kicking himself into a circle.  If you’ve ever seen an episode of the Three Stooges where Curly runs in circles while lying on his side, on the floor, then you’ve pretty much witnessed Everett’s meltdown routine.  The same thing would occur when we would leave swimming pools, splash pads, and the beach.  True to his age, he was as a ragin’ threenager.

At some point in August, however, I began to notice some additional behavioral changes in Everett.  First of all, he stopped trying to say words and he stopped using a lot of familiar signs to communicate with us.  No more “ball” or “mama” or “Cole” (our lovable, chubby dog).  And getting him to sign “yes” and “thank you” was like pulling teeth.  I also began to notice he was running out of steam a lot.  Early in the summer, he would run about the playgrounds and splash pads, until it was time to eat lunch or leave (cue meltdown mode).  But I began to notice, about 20 minutes into a playground or splash pad visit…Everett would take a seat on the floor and just watch the other kids run around and play.  He seemed to be running out of gas.  August is a very, very hot month here in Texas, so I chalked it up to the heat.  The August heat is debilitating at times and sucks the energy out of the best of us here in north Texas.  And the lack of communication? Probably just him being a stinky three-year-old, right? Who knows why toddlers behave the way they do? And then preschool started up again.

Everett switched classes and teachers this past fall.  And early in the semester, he seemed to be going through an adjustment period where he was getting to know his new teachers and some of his new classmates.  But I noticed as the semester progressed, this adjustment period was taking a long time. Meanwhile, his teachers & specialists were telling me that he seemed irritable, tired, low in energy, and/or not feeling well most of the time.  And like us (me & Vic), they were struggling to get him to communicate at school.  Then I was informed that teachers were struggling to get him to play on the playground at recess.  This blew my mind!  The same kid who would pull a Three Stooges routine when we would have to leave the playground this past summer, was having trouble….playing….on the playground?  During this same time period, Everett had his annual labs done (where they test CBC counts, thyroid levels, etc.) and his numbers came back “borderline” for hypothyroidism.  So as all of these pieces are coming together…I began to attempt to construct this puzzle, one piece at a time, with some help from Everett’s preschool teachers & specialists, medical experts, and other moms in the Down syndrome community.

With the borderline thyroid numbers, we were directed to a pediatric endocrinologist.  He ordered a fasting blood test for Everett to double check his thyroid numbers.  From this blood test, Everett’s numbers all came back as “normal,” in accordance with the reference ranges posted by the lab.  I was very surprised by this given Everett’s recent behaviors and some of the symptoms he was displaying (in particular, extreme lethargy).  So I started to do some research and posted Everett’s numbers to a moms’ group, where a lot of the members have kiddos with DS who also have hypothyroidism.  Many of these mamas have a lot more experience with pediatric hypothyroidism & DS, than I do. Some of the moms thought the numbers looked normal to them too.  Others pointed to different reference ranges they were given when evaluating their child’s numbers.  And others argued that I should follow up because of Everett’s symptoms (again, the lethargy thing), regardless of the numbers.  These moms talked about something called “subclinical hypothyroidism.” Well, my head was spinning from all of this information, and quite frankly, the idea of trialing Everett on thyroid medication without the numbers to back up that decision…scared the crap out of me.  So I made another appointment with Everett’s pediatric endocrinologist.

I really like Everett’s pediatric endo.  He has a way with kids that is very natural and effective, and he always

interacts with Everett as though he’s a just another typical kiddo.  Not every specialist does this.  During this appointment, I communicated the fears I had related to Everett’s symptoms that appeared to be very hypothyroid-ish.  Before I could even suggest it, Everett’s endocrinologist began talking about subclinical hypothyroidism and trial medication at a very low dose.  He specifically suggested a low dose of Levothyroxine, to see if it would help alleviate the symptoms Everett was experiencing (lethargy, dry skin, irritability, difficulty sleeping, etc.).  He also called for one more round of blood work (non-fasting), and those numbers came back “off.”  I was still a little scared of putting Everett on what could be lifelong thyroid supplementation/medication, but when the doc said he was comfortable trying it out (especially given the new results)…we went with it.  I was nervous, though.  We gave Everett his first dose that night, during the Thanksgiving break, and I watched him closely all night and observed him intently over the holiday.  After the break, life picked back up, Everett went back to preschool, attended bible class on Sundays, and we all participated in our family routines accordingly.  We chose not to tell anyone about Everett’s new medication routine, to see if anyone would note any behavioral differences.  And let me tell you….the positive feedback started rollin’ in!  And it only confirmed what we were seeing at home.

First of all, a few weeks in, Everett started using words again…and even began expanding his vocabulary! Secondly, he began communicating with sign language again, except this time….he would initiate the communication!  He would sign or say “mama” when he needed something, sign “yes” in response to a question, and even “lunch” when he was hungry at lunch time.  He was also a wild man on the playground again and very, very engaged in his bible classes.  His Sunday school teachers all remarked at how engaged and interactive he had become.  And preschool?  The same feedback….better energy, better engagement, and better communication and interaction!  Everett is having some outstanding days at preschool now, and we are so thrilled to see our little boy back in action!  He was thyroid ragin’ all along, and we didn’t know it.

So why am I writing about something as mundane as hypothyroidism, because let’s be real, a lot of people struggle with hypothyroidism?  What’s the big deal?  Here’s the big deal, I have heard that it is not a matter of “if” a child with Down syndrome has hypothyroidism, but “when.”  While hypothyroidism can affect anyone, it is especially prevalent in our children with DS.  And from our experiences, I now know that it can DRASTICALLY affect a child’s development, as in Everett’s case.  I truly, truly believe it stunted his physical and cognitive growth over the last couple of months….and to me….that is a huge deal.  So if you’re a mama of a baby/child with DS, and you think your kiddo is experiencing some hypothyroid symptoms….get it checked out!  I blamed it on everything in the book, other than hypothyroidism itself, for several months and I wish I hadn’t.  I blamed it on the “Texas heat,” the fact that Everett can be a stinker at times, “typical threenager” behaviors…you name it.  And I’m telling you, the differences before and after medication are astounding…and I’m not one to just jump to medication as an end-all-be-all solution.

Advice for Other Ragin’ Mamas and their Kiddos

So, my advice to help other mamas avoid thyroid rage is this:

So, long story short, just like any other kid Everett still has good days and bad days even on the new medication.  But arguably, he is experiencing more good days than bad now. And I think it’s because he feels better.  Most people function at peak capacity when their furnace is burning just as it should. Everett needed a bit more fuel for his furnace, and that’s okay.  If you’re the parent of a child with DS and you’re experiencing some of the same fears and observations related to your child and perhaps you suspect Hypothyroidism — heed the above advice and check out the following resources.  They were helpful to me in my pursuit of answers.  As usual, thanks for reading my blog post, I hope this information will save you from the stress and worry that we went through! 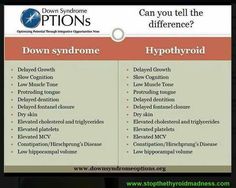 Author: Cara Jacocks
Filed Under: Down Syndrome
Ode to Kinderfrogs
Resources for New Parents of Children with Down syndrome